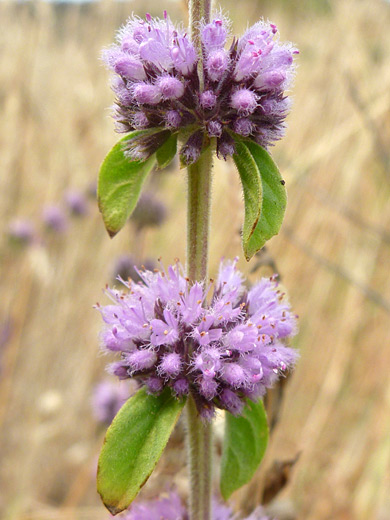 Mentha pulegium is a naturalized species, native to Europe, found in coastal and mountainous regions of the three Pacific states. Leaves grow in whorls or opposite pairs along the branched stems, which are square in cross-section, like most lamiaceae species. Lower stem leaves are sessile while those higher up have short stalks. The stems and the undersides of the leaves are covered by short hairs. Stems are rigid, growing vertically upwards or at an angle.

The inflorescence is a series of spherical clusters growing from the leaf nodes, separated by about one inch of the stem. Flowers are formed of a hairy, dark purple calyx, extending to five narrow, pointed lobes, and a pink corolla, which has a notched, or two-lipped upper lobe and a three-lipped lower lobe. Four stamens protrude beyond the corolla lobes. 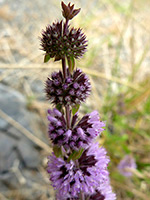 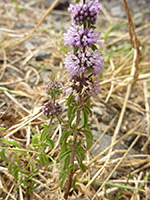 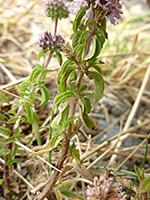 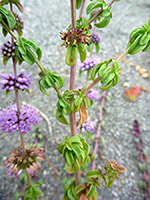 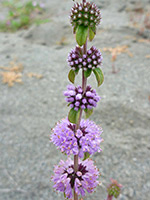 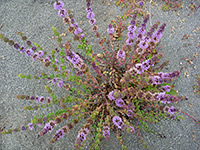