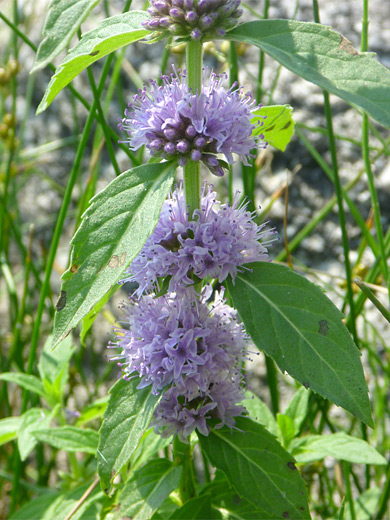 Like many lamiaceae species, the dense, spherical flower clusters of mentha arvensis form at intervals along the stem, at the leaf nodes, rather than at the top of the stem. Clusters contain several dozen flowers; each has four small, spreading lobes, two stigmas and four protruding stamens topped by dark-colored anthers. Lobes have a light purple interior and whitish edges.

The stems are square in cross section, rigid and unbranched. The large, hairless, toothed, strongly veined leaves have a distinct minty aroma, and the plant has many medical uses in addition to being edible. Several varieties have in the past been recognized, but now are all treated as the same species. 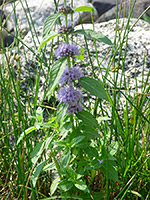 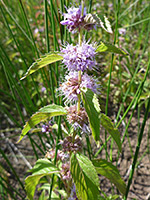 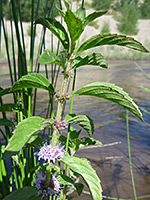 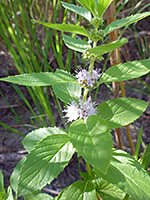 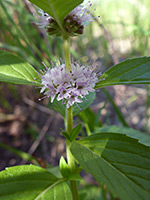 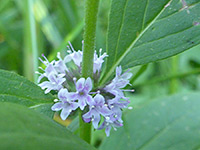 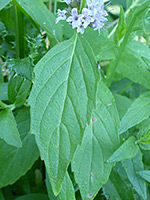 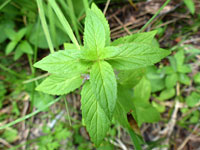 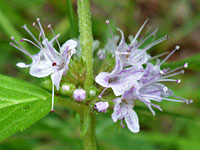