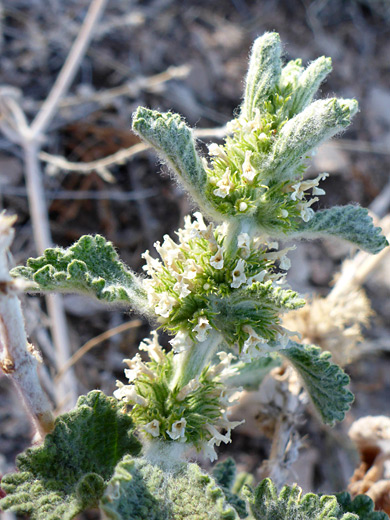 White horehound (marrubium vulgare), Bluewater Reservoir, New Mexico
Marrubium vulgare, a Eurasian species, has become established across much of the West; it is most common in coastal areas of California, in central Arizona and in central Texas. It has a long blooming season, from spring to early winter.

The square stems have a dense hair covering, often appearing almost white. The thick, stalked, rounded leaves have a crinkly texture, shallow teeth along the margins, prominent veins, and a covering of fine hairs, more densely on the undersurfaces. The flowers are in whorls at the leaf nodes; they have a short green calyx, covered by soft hairs, divided to about half its height into five narrow lobes of equal length, and a longer, all-white corolla. Calyx lobes are distinctly hooked at the tip. 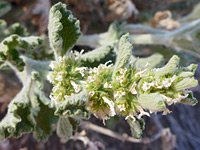 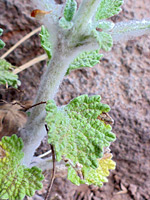 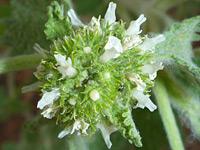