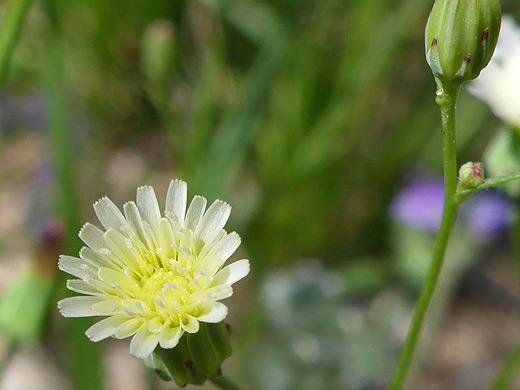 Basal leaves of malacothrix clevelandii are deeply divided into several pairs of equally sized lobes, quite well spaced; lower stem leaves are similar, while those on the upper stems are reduced in size, and unlobed apart from a few teeth near the base. Stems and leaves are hairless, and non-glandular. Stems tend to branch towards the top rather than from the base. Flowerheads are produced at the ends of the branches, forming an open cluster.

Flowerheads have a bell-shaped involucre surrounded by 16 to 20 linear phyllaries, colored light green, whitish at the margins and purple at the top. At the base of the involucre are 5 to 12 much shorter bractlets, also purple-tipped. The 19 to 67 disc florets are pale yellow, slightly darker towards the center. The outer portion of the undersurface of the florets is often purplish. 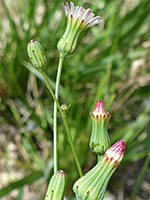 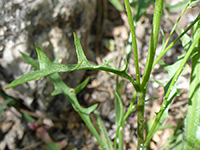 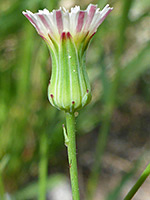