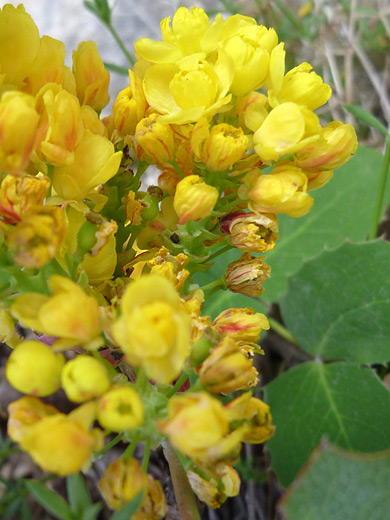 Mahonia repens is a small shrub just a few inches tall, found in a range of habitats - from relatively overgrown areas in conjunction with other bushes and trees, to open, rocky slopes, at low to medium elevations. The holly-like leaves are compound, divided into 5 or 7 leaflets which have rounded tips, a flattish base, and very shallow lobes around the edge, each centered on a short spine. Leaflets are bright green on top, duller underneath, becoming red as they age, especially in the fall. Leaves have stalks of up to 3.5 inches. Stalks and stems are reddish in color.

The inflorescence is a dense cluster of up to 50 small yellow flowers attached by short green pedicels. Flowers are formed of six sepals and six petals, all similar in appearance, except that the outer sepals may have thin red stripes on the outside. Berries are blue, with a glaucous surface, and edible. 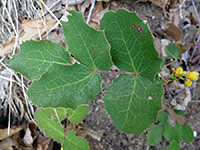 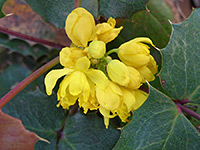 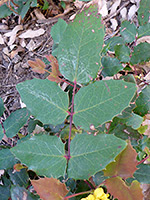 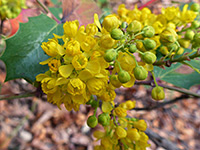 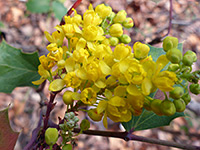 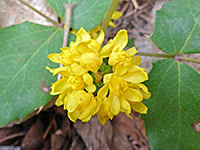 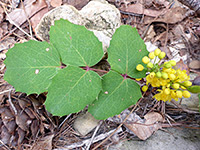