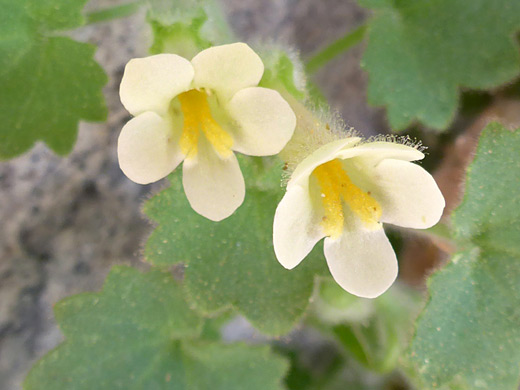 Mabrya acerifolia is an uncommon species with limited distribution, restricted to shady alcoves along the north edge of the Sonoran Desert, mostly in and around the Superstition Mountains. It may grow on flat areas, sheer rock walls or even from alcove roofs, the branches hanging vertically down. Flowers, up to one inch long, have a pale, greenish-yellow, tubular corolla, the outside of which is covered by relatively long, glandular hairs. The corolla opens to five rounded lobes, unequally spaced; the upper pair are closer together than the lower three. At the center are four fertile stamens (bearing anthers), in two unequal length pairs, and a shorter, infertile stamen.

Plants form mats, with brittle, much-branched stems, becoming woody with age. Leaves are approximately heart-shaped, and have rounded lobes; they are slightly wider than long. 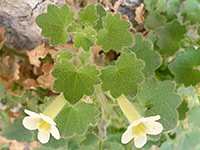 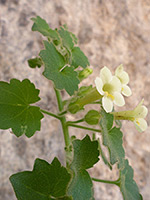 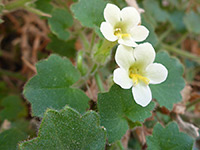 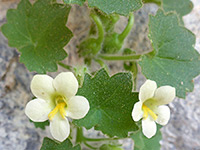