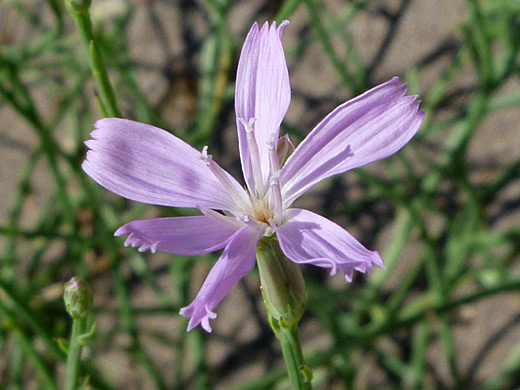 Lygodesmia juncea is a bushy, freely-branching plant, producing a tangled mass of thin, winding, bluish-grey stems and short, linear leaves. Leaves on the upper stems are reduced to small scales. The stems can be upright or lie along the ground. They have prominent vertical grooves (striations).

The plant inhabits arid, often sandy locations at low to moderate elevations, and can produce up to 50 flowerheads. The toothed pink ray florets (usually five) are about half an inch long, pale pink to lavender to almost white in color, and each has a stamen protruding from the base. The involucre is narrow and somewhat elongated, with 5 to 7 linear phyllaries, which lack appendages, unlike some similar species. 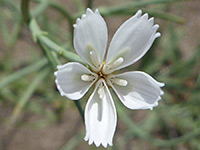 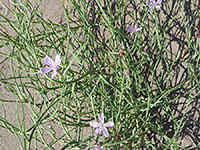 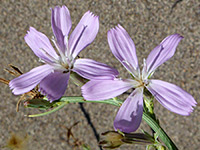