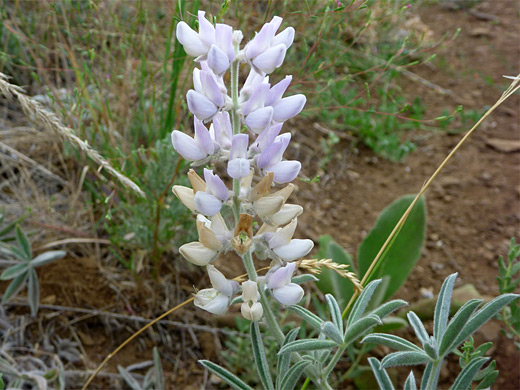 The leaves are the most distinctive feature of lupinus leucophyllus, being covered in a thick, velvety coating of hairs making them seem more white than green, Stalks are also hairy, and branch readily. The pea-shaped flowers grow densely on relatively short spikes, and vary in color from pale pink to white or pale yellow, becoming brownish when mature. The banner (the uppermost petal) has a yellow-brown patch, and its back is covered with short hairs. Like several other lupine species, the plant is poisonous and so hazardous to livestock. 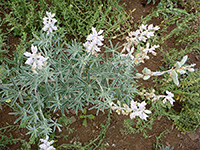 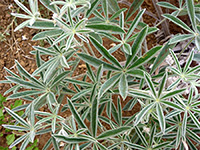