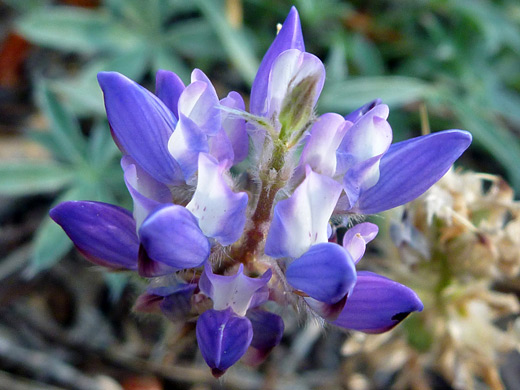 Leaves of lupinus breweri appear silvery grey-green from a distance due to a dense covering of long, silky hairs, lying flat against the surface. This is a low-growing species, generally 8 to 12 inches tall, forming spreading mats; stems are prostrate, and woody at the base. Leaf stalks are around two inches long. Leaves are most dense towards the base of the stems.

Flowers cluster along the uppermost few inches of the stems, attached via short, hairy pedicels and subtended by a similarly sized bract. Petal color ranges from blue to violet/purple, with a white or pale yellow patch at the center of the banner. The back of the banner may be hairless or quite densely hairy. Keel margins are usually hairless, though the upper margin may have fine hairs. The fruit pod is short, less than an inch long, containing three or four seeds. There are three varieties of lupinus breweri (breweri, bryoides, grandiflorus), differing mainly in leaflet size and banner hairiness. 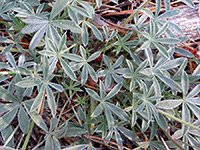 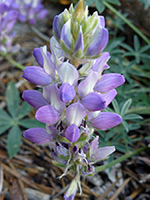 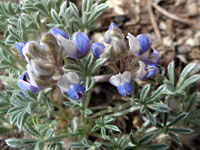 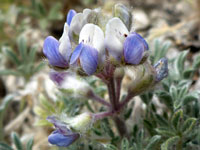 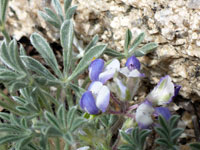 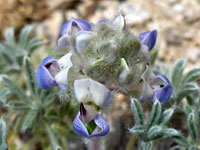