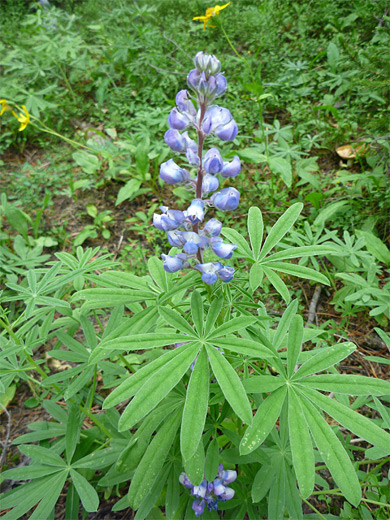 Lupinus argenteus has a wide distribution all across the west and southwest, and is quite variable in size, hairiness, growth form and flower color, this latter ranging from blue to pinkish purple to whitish. Many lupines hybridize, adding to the variation. Five subspecies are recognized.

Leaves have the familiar palmately-divided shape, are (usually) finely hairy, and are borne on stalks between one and two times as long as the leaflets. Stems and leaf stalks usually have a reddish color.

The pea-like flowers, a little less than half an inch long, form at the end of short stalks. The banner (the uppermost component of the flower) is white at the center, hairless, and noticeably bent backwards. The reddish stalks and bracts often have a dense covering of long white hairs, but they can also be virtually hairless. Fruits are short greenish pods (containing between 2 and 6 seeds), around on inch long, also covered by silky hairs. 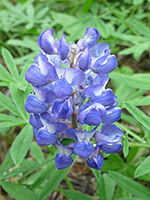 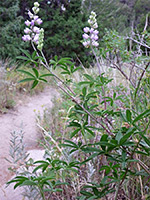 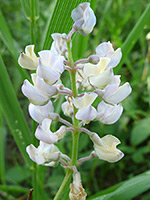 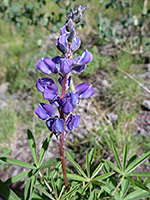 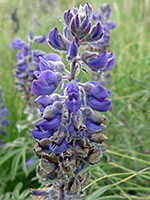 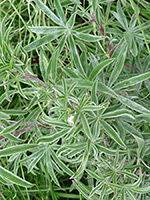 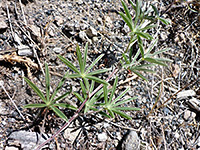 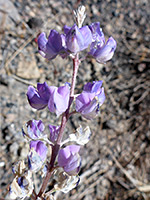 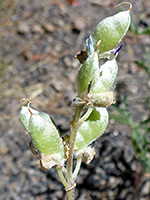 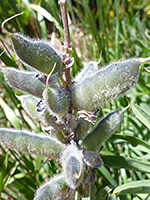 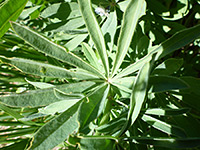 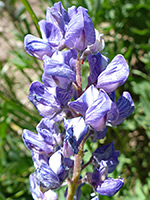 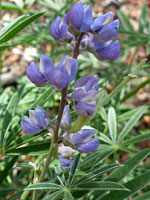 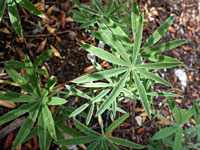