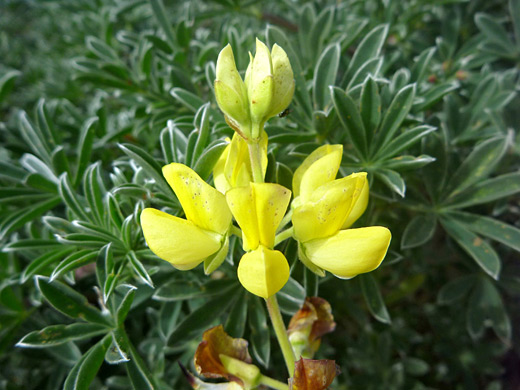 While most species of lupine are difficult to distinguish, as they are very similar and are prone to hybridization, lupinus arboreus is readily identified, by its range (mostly limited to coastal regions of south/central/north California), and its growth habit - plants form large, upright clusters up to 7 feet tall and 10 feet or more across. The flower color is yellow towards the south and central part of its range but a less familiar purple/lilac (whitish at the center) further north. The inflorescence is an elongated cluster (up to one foot tall) of pea-like flowers, each about half an inch across. The plant has been introduced into some regions, especially along the coast, where its long roots and fast growth are beneficial for stabilization of sand dunes. 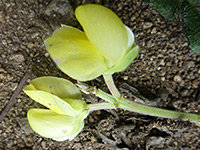 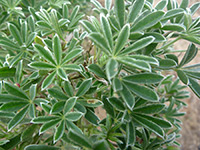 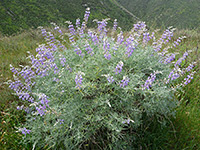 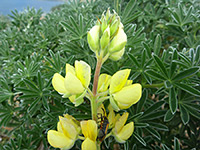