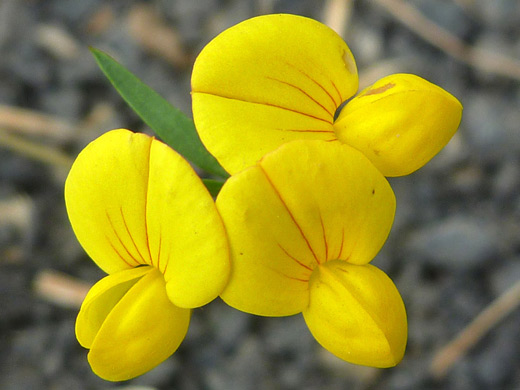 Like many non-native species, lotus corniculatus is found on disturbed ground like roadsides, field margins and beaches. Plants produce many stems; these are quite thick, sometimes growing upwards but generally staying close to or along the ground, often mingled with other vegetation. The compound leaves have a pair of leaflets at the base of the stalk and another three at the top; all have a pointed tip. Stems and leaflets usually have a light covering of soft hairs, but may be hairless.

The inflorescence is a small, compact cluster usually containing between three and seven heads; these have a five-lobed green calyx, the lobes similar in length to the fused part of the tube, and a bright yellow flower. The banner petal has a few thin red lines radiating outwards from the base. Flowers become orange then red as they age. 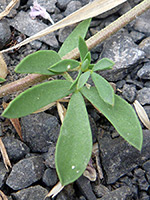 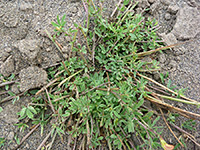 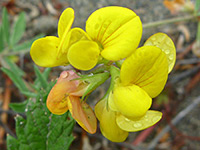 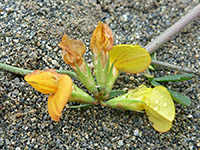