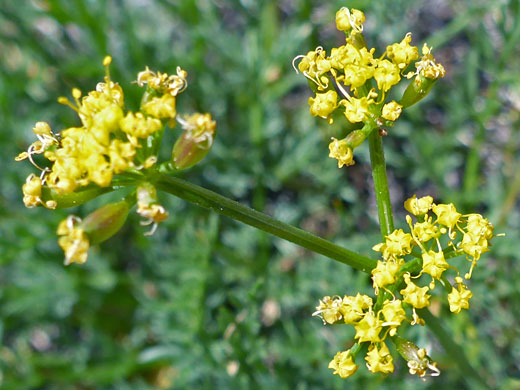 Found only across the Sierra Nevada, lomatium torreyi is a low-growing species that produces compound umbels of small yellow flowers, lacking both bracts and bracteoles. All plant parts are hairless. The inflorescence consists of between three and nine rays, generally ascending and up to 2 inches long, each holding around ten to 20 flowers. The finely divided leaves are clustered at the base; the flowering stalk is generally leafless.

Fruits are green initially, ageing to brown, linear to narrowly oblong in shape, unnotched, and around half an inch long. Fruits are held upright. 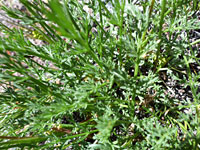 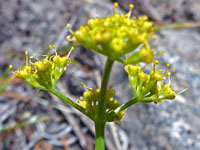 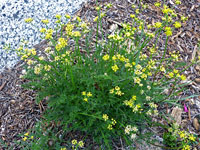 Many stems and leaves 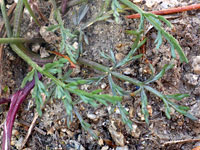 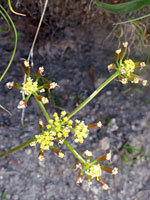 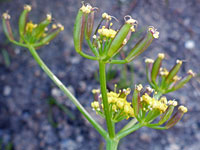