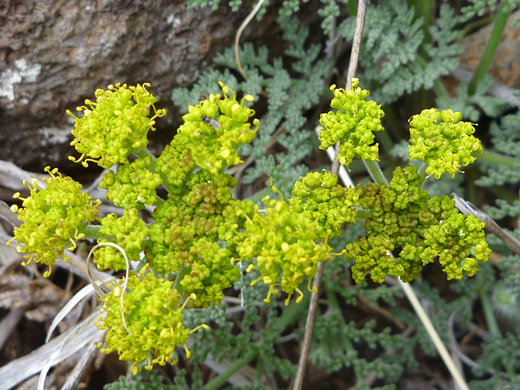 The majority of lomatium species have finely divided leaves, but those of lomatium foeniculaceum have smaller segments than most; generally less than a quarter of an inch long, with quite a dense covering of white hairs. The main leaf stalks are thick, and long (up to 12 inches), of which up to half is the petiole. They are also hairy, as are the flower stalks. Plants are essentially stemless, producing both leaves and flower stalks from the base.

The inflorescence is a compound umbel, formed of up to 20 umbellets, held on stalks (rays) between 0.5 and 5 inches in length. The pedicles in the umbellet are very short, less than half an inch long. The small, five-lobed flowers are usually yellow, occasionally purplish. They have five stamens, which project beyond the lobes, and are usually bent. There are five subspecies, differing in such aspects as the hairiness of the petal margins (hairless or finely ciliate), and the number of umbellets. 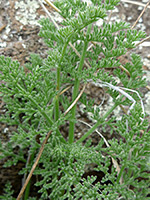 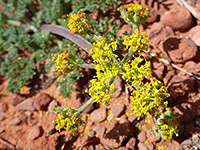 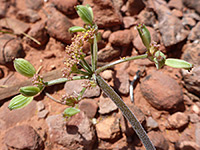 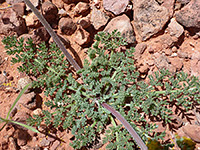 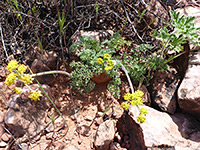 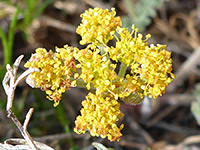 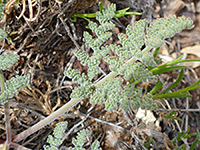 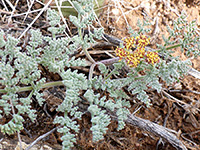 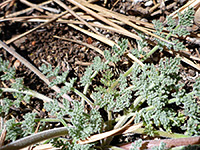 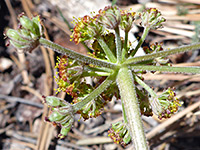 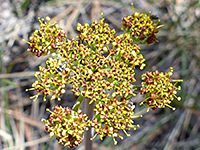