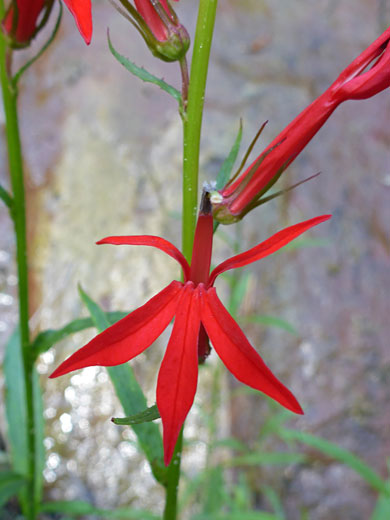 In the West, lobelia cardinalis is most widespread in central/south Arizona and the mountains of southern California; it is more common in the East. The distinctive flowers are deep red in color (occasionally white), with a cylindrical corolla tube up to 0.8 inches long, and two lips, the upper divided into two lobes, and the lower into three, somewhat wider lobes. A tube of five fused stamens projects from the center. The calyx is divided into five narrow, pointed, equal-length lobes. Flowers form in a narrow spike, extending up to 2 feet at the top of the stem.

Leaves grow at the base and along the lower portion of the stem; they are relatively long and narrow, prominently veined, and have small teeth along the margins, topped by glands. Stems are tall, up to six feet, hairless, angled in cross-section, and often tinged with purple. 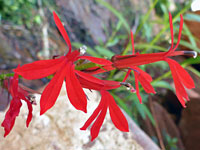 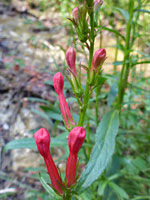 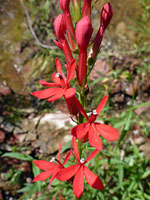 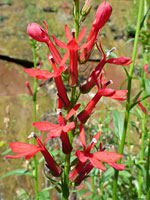 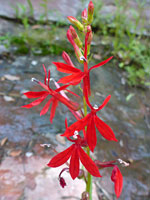 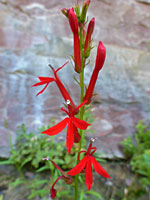 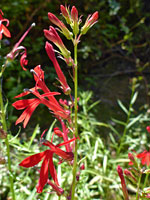