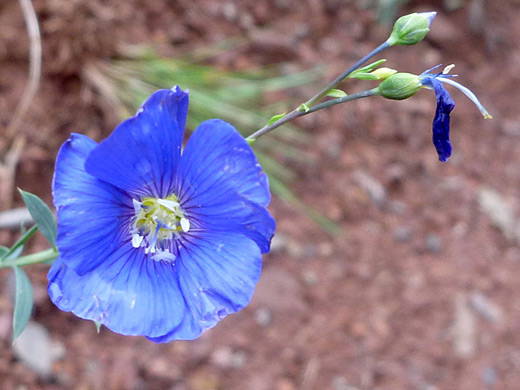 Flowers form open clusters, typically with 4 to 6 heads, though sometimes many more; the number is dependant on the amount of sunshine. Underneath the petals are five green sepals, while at the center are a group of stamens and styles. Stems are tall (up to 3 feet), but weak, often bending under the weight of the relatively large flowers. Flowers tend to remain open just during the morning. Fruits are egg-shaped, banded light green to almost white, and have one or more brown filaments at the tip - the remains of the stigmas. 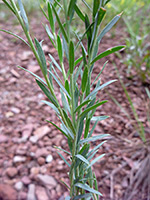 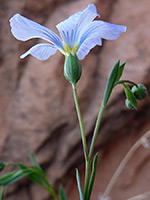 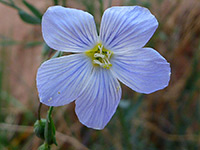 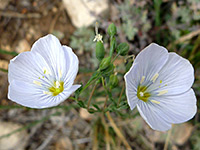 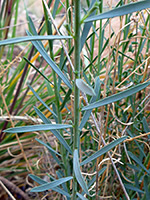 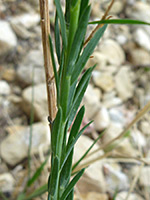 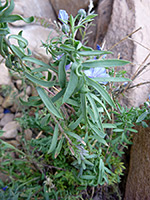 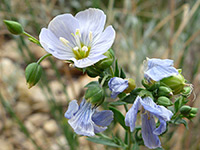 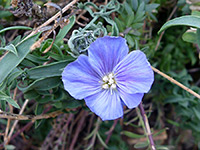 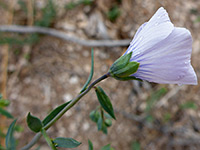 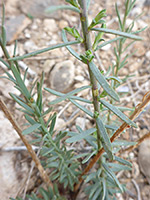 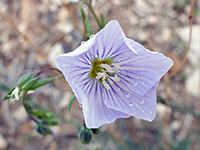 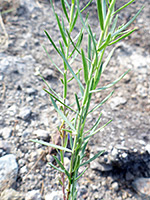 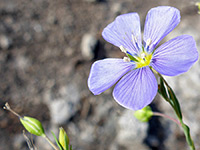 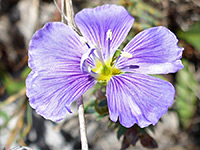 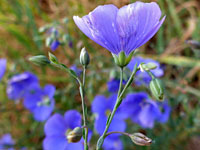