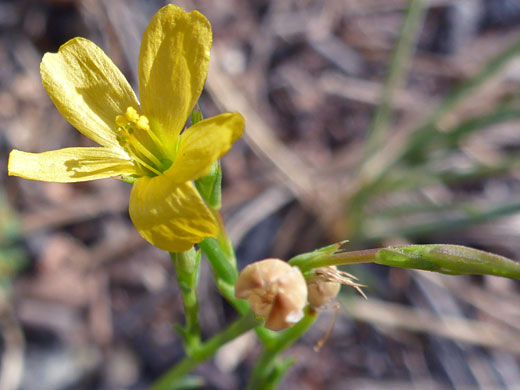 Linum australe has a scattered distribution, most common in central Arizona, but extending from west Texas all the way to northern Montana. The main identifying factor is the sepal tips, as these extend to a light-colored spine; sepals for nearly all other species are merely pointed. Sepals have thin, light brown margins, lined by a few tiny glandular teeth. Sepals are lanceolate in shape, relatively wide at the base, while the yellow petals are oblanceolate, evenly colored bright yellow or orange-yellow, without any darker marks. The five stamens are yellow, and the five styles, which are fused almost to the tip, are topped with a greenish, head-shaped stigma.

Stems may have a faint hair covering near the base but are otherwise hairless, as are the leaves and pedicels. Stems branch several times, and bear short, linear leaves at alternate intervals. Lower stem leaves have at their base a pair of tiny, purplish glands (stipules). Stems are faintly ridged, especially towards the top. 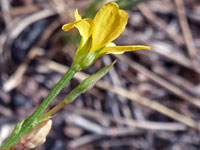 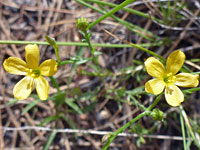 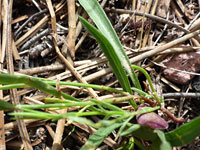