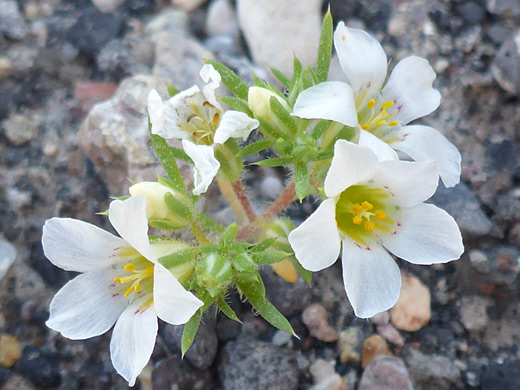 Although small, linanthus demissus is quite noticeable when in bloom as it inhabits open desert flats, often lightly vegetated. The short, reddish stems and the narrow, linear leaves usually have a light covering of short, spreading hairs. The leaves may be simple or lobed, and they taper to a fine point. The stems branch at closely-spaced intervals, and they tend to lie along the ground. Stems may be glandular.

Flowers generally lack pedicels; they are formed of a symmetric, five-lobed corolla up to 0.3 inches long, and a shorter green calyx. The corolla tube is yellow-green inside, while the lobes are white, with two small maroon blotches at the base. Five yellow stamens rise to the level of the the top of the throat, or slightly below. The calyx lobes are separated by white membranes, equal in width to the lobes. 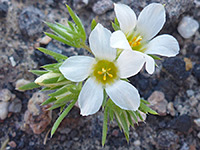 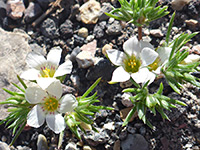 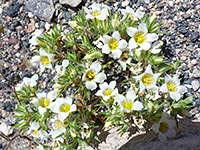