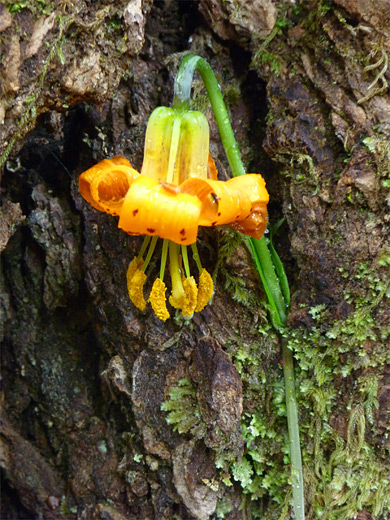 The handsome orange or yellowish orange flowers of the Columbia lily hang downwards (pendent) at the end of a green stem (single or branched); they are formed of six tetals (three petals and three sepals, identical in appearance), curved backwards to expose the six greenish-yellow stamens topped by orange anthers. Tepals have a few small, dark spots of purple or red. The plant is somewhat uncommon, partly due to specimens being removed for private gardens, but is found over quite a wide area, and ranging in elevation from sea level to 4,500 feet.