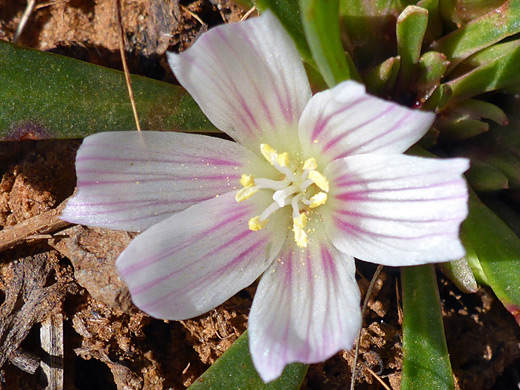 The hairless leaves of lewisia brachycalyx grow only at the base, where they form a rosette; they are fleshy, wider above the middle, and blunt at the tip. Plants produce one to several stems, at most 2 inches tall, each topped by one flower, beneath which are two broad, light green, sepal-like bracts. Leaves wither during or immediately after the flowering phase.

Flowers consist of two sepals (arranged between the bracts), a third to a half as long as the corolla, and between five and nine obovate petals, white or pale pink, often crossed by darker lengthwise pink veins. At the center are between nine and 15 stamens, with white filaments and yellow anthers, and between five and eight stigmas. 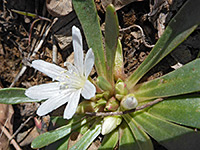 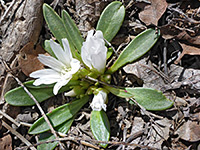 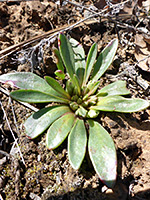 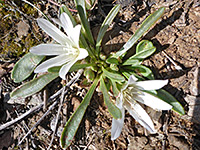 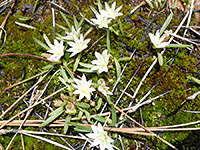 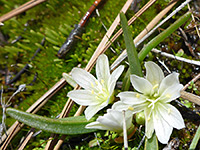 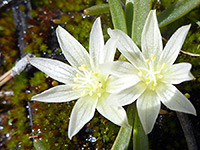