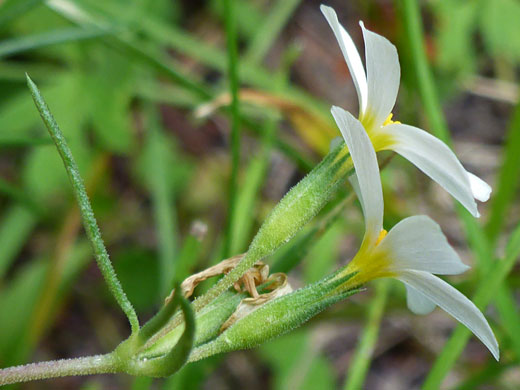 Flowers of leptosiphon nuttallii are very similar to many other members of the phlox family; they are white or pale cream in color, about half an inch across, and have five unnotched petals, centered on a narrow corolla tube, which is yellow inside. The calyx is similar in length to the corolla, and is divided to about a third of its length into narrow lobes. The calyx has a covering of short hairs. Styles and stamens are slightly exserted.

Leaves are short and prickly, also like other phlox varieties, arranged in rings around the stem; although not obvious, a ring consists of just two, opposite leaves, each completely divided into (usually) five components. The plant is widespread across all the Western states, at a range of elevations, often in forest clearings and open flats. There are several varieties, differing in the hairiness of the leaves and calyx, and the length of the leaf lobes. 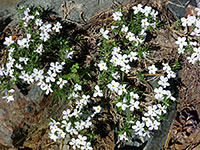 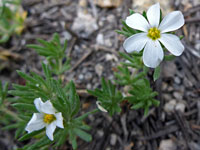 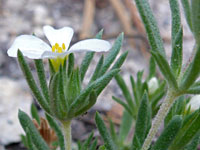 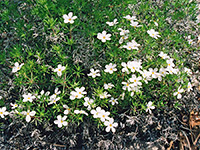 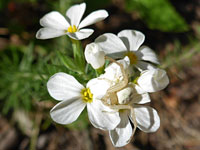 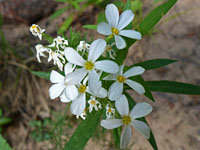 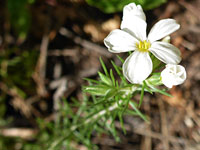