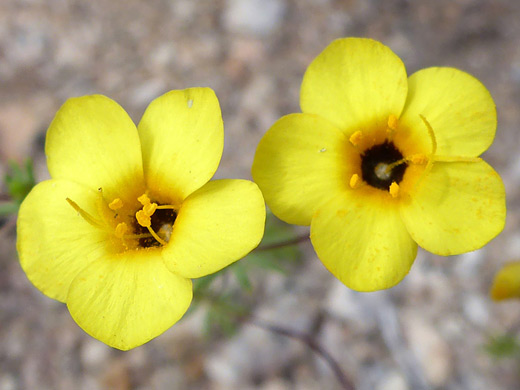 Two yellow flowers of leptosiphon aureus ssp aureus, Alabama Hills, California
Leptosiphon aureus is inconspicuous when not in bloom as the spindly stems are short and low-growing, while the leaves are small, and well separated. The flowers though are relatively large, bright and easily noticeable. They are funnel-shaped, about half an inch in diameter; a tubular corolla that opens to five oblanceolate lobes, overlapping for the lower half, supported by a five-pronged calyx formed of fused sepals which are dark green at the tips, light green towards the base, and whitish in between. The flower center contains five orange-tipped stamens, affixed at the petal margins in the throat of the corolla, and three longer yellow styles. Flowers are borne singly at the tips of the branched, red stems. The lobes are wider than the height of the corolla tube.

There are two subspecies: ssp decorus has white flowers, while ssp aureus has bright yellow flowers. 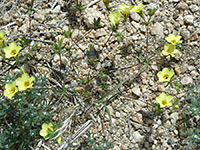 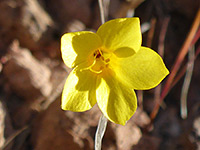 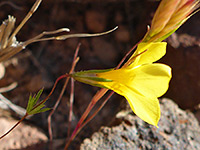 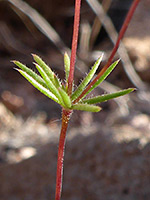 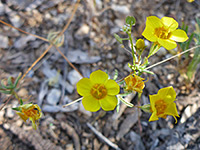 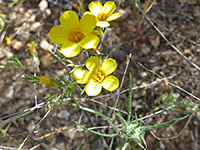 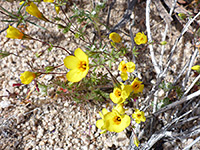 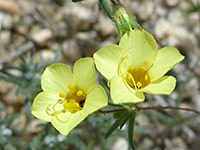