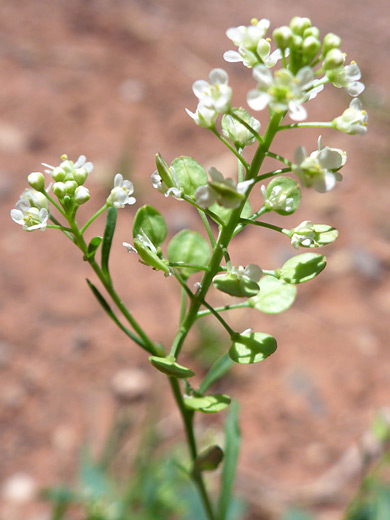 Identifying features of lepidium virginicum include the circular fruits, the absence of hairs on the stems and leaves, the two (rather than four) stamens, and the petiolate leaves.

Plants produce one stem, which branches towards the top. The few basal leaves, usually withered at flowering time, are lined with large teeth, or lobes, while the generally smaller and narrower stem leaves have more finely toothed margins, becoming entire towards the apex.

The white-petaled flowers are attached by short stalks, finely hairy, which elongate at the fruiting stage, and are then held either horizontally or slightly ascending. The hairless fruits are around 0.1 inches in diameter, flat but slightly wider up the middle, with a tiny notch at the tip.

Two varieties are var virginicum, for which the fruiting pedicels are uniformly round in cross-section, and var menziesii, where the pedicels are flattened, especially towards the apex, and the fruits may have a fine hair covering. 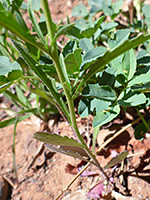 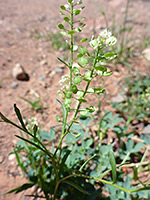