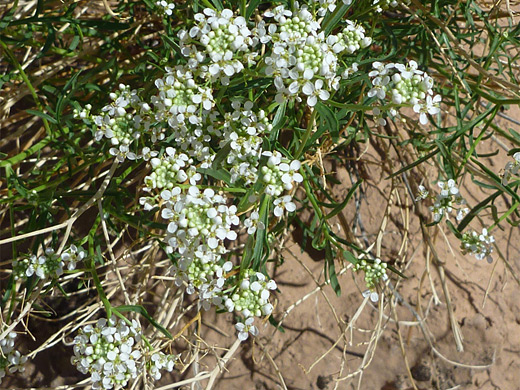 Lepidium montanum is amongst the most common of over two dozen western US species of this genus, and has the widest distribution, from Oregon to Texas. The inflorescence is a compact cluster of small, white flowers, produced at the end of profusely branched stems that also bear long, thin, leaves, pinnately divided towards the base. Spring and early summer is the usual flowering season but blooms may also appear later in the year after heavy rains. Flowers are formed of 4 white, clawed petals and 4 oblong, greenish sepals, while at the center are 6 pale green filaments topped by yellowish anthers, and a yellowish stigma.

Flowers are followed by flattish, oval, green seed pods, an eighth of an inch long. Plants produce one stem or several, branching at the base. Stems, leaves and calyces may be hairless or have a short hair covering.

About 12 varieties of lepidium montanum have been proposed, but there is no consensus as to the precise definitions. 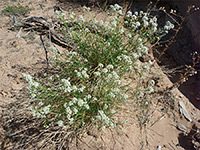 Flowers by a dry wash 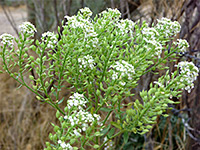 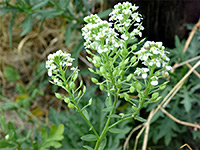 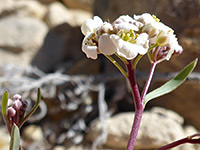 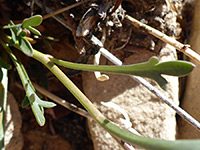 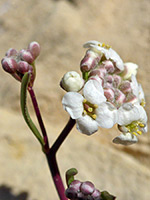 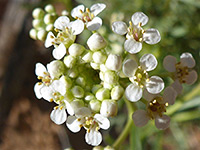 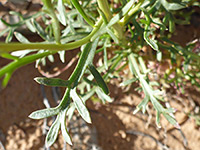 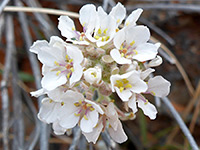 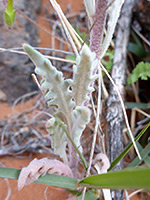 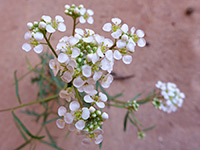 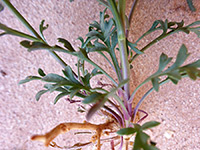 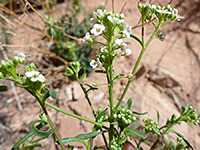 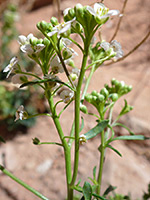 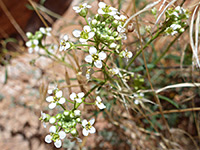 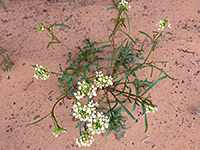