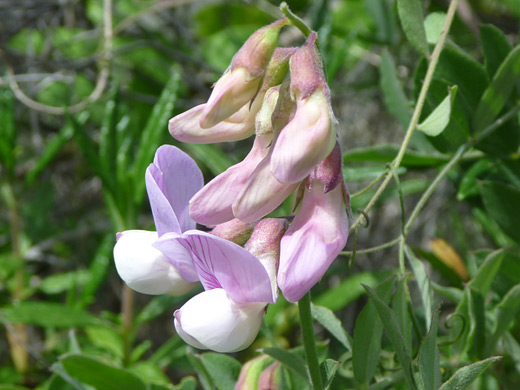 Flowers and buds of Pacific pea (lathyrus vestitus), along the trail to Gaviota Peak in Gaviota State Park
Flowers of lathyrus vestitus are somewhat variable in appearance. They form as a terminal cluster of between 8 and 15 heads, which tend to point in one direction, angled downwards. The corolla consists of a lower tube, lavender, pink, white or cream in color, which opens out to an upwards-pointing (bent back by 90° or more), light pink banner crossed by purple veins. At the center are two whitish wings enclosing a white keel. The leafy stems bear small, green, veined leaflets with an alternate arrangement, terminating in one or more tendrils which help anchor the plant. There are five subspecies (alefeldii, bolanderi, laetiflorus, laevicarpus and vestitus). 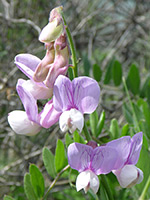 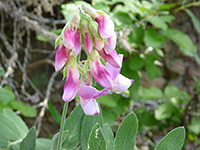 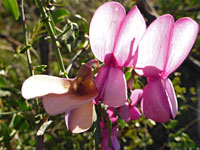 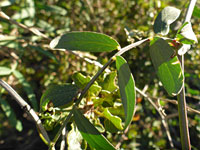 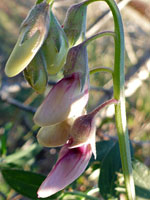 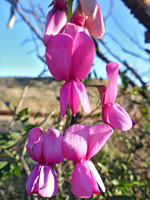