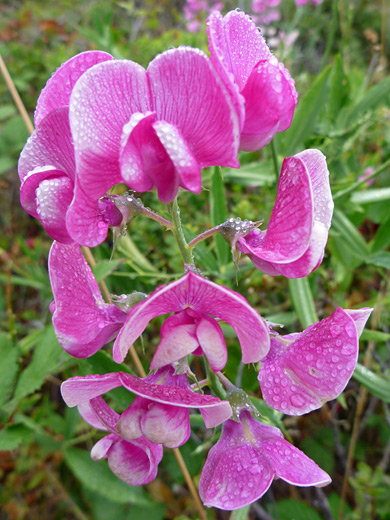 The everlasting pea, lathyrus latifolius, is an imported species, native to Europe, found in small areas of the majority of US states, and, in the West, most widespread close to the Pacific coast. One distinctive feature is the stout, branched, bluish-green stem, which is strongly winged; each wing is similar or greater in width to the stem itself. All parts of the plant are hairless. Leaves are divided into a pair of large leaflets, often with wavy, upturned edges, and with a coiled, branched tendril characteristic of this genus. The petiole also has a pair of small stipules.

The inflorescence is an open cluster of between 4 and 15 flowers, bright pink to purplish or red in color, and relatively large, around one inch in diameter. The two wing petals are quite far apart, exposing the inner keel petal. Flowers become lighter in color as they age. The fruit is a narrow, hairless green (later brown) pod, around two inches long. 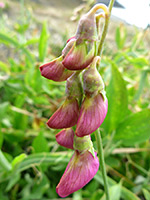 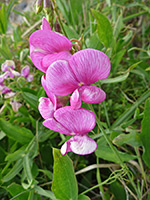 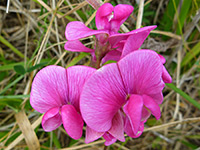 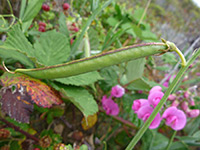 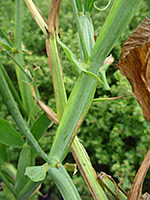 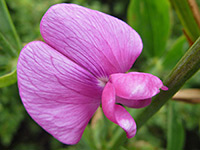 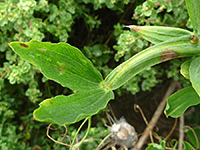