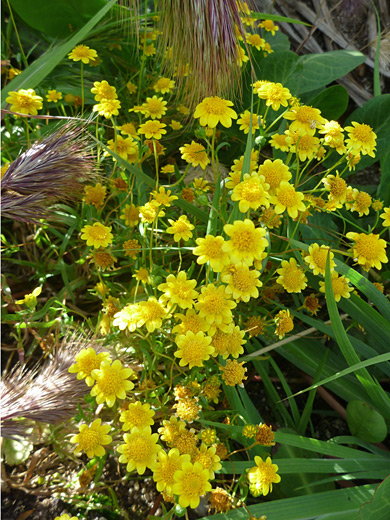 Lasthenia californica is a common spring-blooming wildflower found across most low to medium elevation regions of California and the southwest corner of Oregon. Often large areas are completely covered by the golden yellow flowers. The plant is usually just a few inches tall, with many short, slender, reddish-green stems bearing narrow leaves, mostly near the base. Leaves are quite thick, especially for plants growing in coastal areas. Stems, leaves and phyllaries have a sparse covering of white hairs. Flowers are borne singly at the top of the stems.

The flowerhead consists of a bell-shaped involucre lined by 4 to 13 green phyllaries, between 6 and 13 broad yellow ray florets and several dozen yellow to orange disc florets. The rays are relatively short compared to the central disc, often comprising less than half of the diameter of the flowerhead. 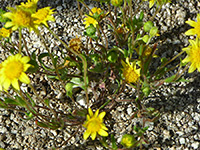 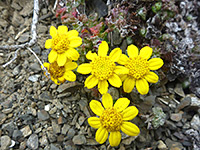 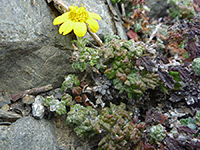 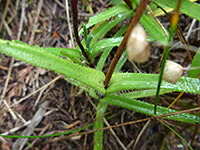 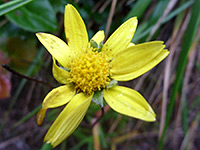 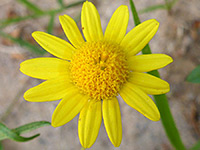 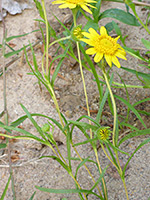 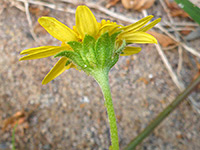 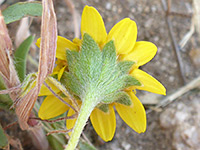