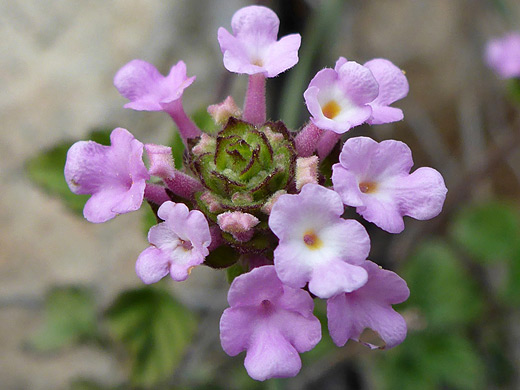 Leaves of lantana achyranthifolia are quite thick, sometimes purplish along the margins otherwise green, and lined by a few large, forwards-pointing teeth. Both sides of the leaves have a covering of white hairs, lying against the surface. The branched stems are also hairy, and become woody, sometimes reaching heights of around six feet, though usually closer to two.

The inflorescence is a dense, spherical cluster, borne at the tip of a stout stalk up to 7 inches long, rising above the ends of the branches. Flowers are subtended by small, greenish, ovate bracts, purple along their margins. The tubular corolla has two lips, the upper partly divided into two lobes, the larger lower lip into three. The corolla color ranges from nearly white to pink, while the throat is yellow. Flowers become bluish as they wither. 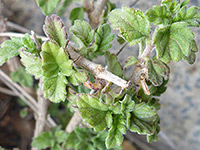 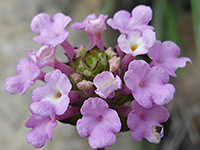