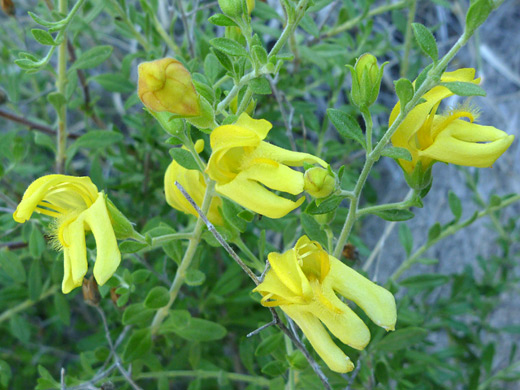 Keckiella antirrhinoides is a member of the bush penstemon family; species are generally larger than those in the regular penstemon family, and have the precise distinctions that the bases of the four fertile stamens are hairy, and fixed to the corolla at one level; penstemon species have hairless stamen bases, attached at different levels.

The all-yellow corolla of keckiella antirrhinoides has two lips; the lower is split into 3 long lobes, bent downwards, while the upper is notched at the tip and arched, forming a hood which protects the four, curved stamens and the shorter infertile stamen (the staminode), which has a dense covering of long yellow hairs over its whole length, and protrudes beyond the bent lower lobes. The corolla is about one inch long. 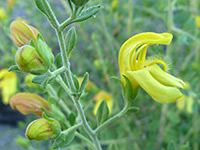 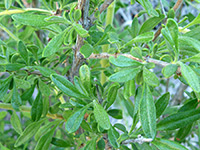 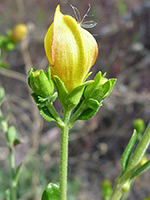 Back of a flower 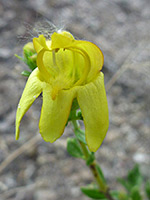 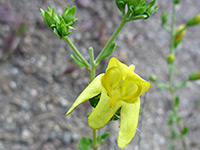