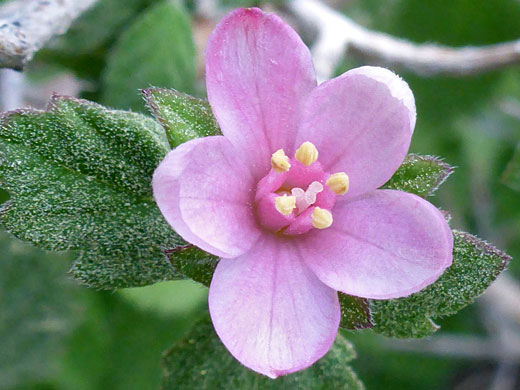 Jamesia americana, a small, woody shrub, is most widespread in the southern Rocky Mountains, New Mexico and Colorado, and the southern Sierra Nevada in California; it also occurs in Nevada and the other Four Corners states. Bark is greyish or brown, and irregular in texture, while branches are short and rather spindly. Leaves are ovate to nearly round, prominently veined, and covered with short hairs, most densely on the undersurfaces. Young twigs are also hairy. Leaves are lined with teeth, varying in size and number, from five to over 50.

Flowers are produced in terminal clusters, of between three and 35; there may also be a few flowers on side branches. Flowers have five green, hairy sepals, occasionally lobed on the upper margin, and five pink or white petals which are hairy on their lower surfaces, especially towards the tip. At the center are three to five styles, and ten stamens, with pink or white filaments and brownish anthers.

There are four varieties of jamesia americana, all found in distinct regions. Var rosea of California and Nevada has pink flowers, while the other three varieties have white flowers. Var americana, characterized by smaller, more numerous leaf margin teeth and greater number of flowers in the inflorescence, is found in Arizona, New Mexico, Colorado and Wyoming. The other two varieties occur in Utah: var macrocalyx in the north and var zionis in the southwest; the latter has leaves about twice as large as the former. 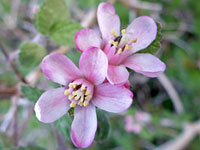 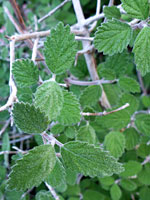 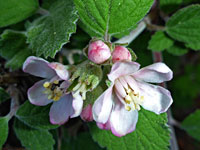 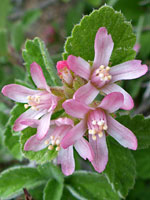