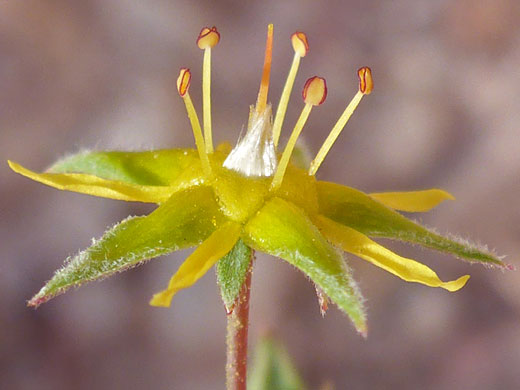 Ivesia sabulosa, a relatively uncommon species, occurs on the plateaus of southwestern Utah, a few locations around the Grand Canyon in Arizona, and in several mountain ranges in eastern Nevada.

Upwards-pointing leaves grow only at the base; they are divided into between 15 and 40 alternate pairs of leaflets, around a third of an inch long, each usually divided to the base into two or three segments. Leaflets are generally more well-spaced than for many other ivesia species. Upper leaflet surfaces have a sparse covering of white strigose hairs.

The inflorescence is an open cluster, of between ten and 60 flowers, attached by pedicels of up to 0.7 inches. Flowers are formed of five narrow, pointed, triangular sepals, up to a quarter of an inch long, and five shorter, narrower, unclawed, oblong to linear yellow petals. Both petals and sepals are spreading to recurved. Five anthers project upwards; they have yellow filaments and yellowish anthers, often red or purple along the margins. At the center are one to five carpels, with elongated orange-yellow styles. 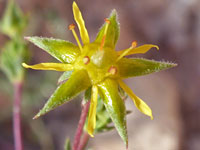 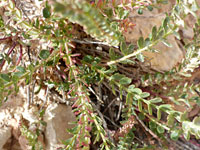 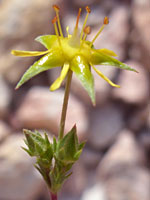 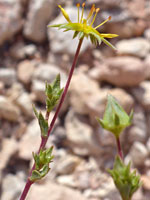 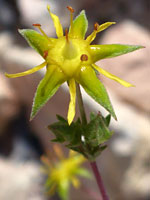 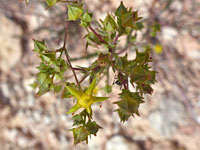