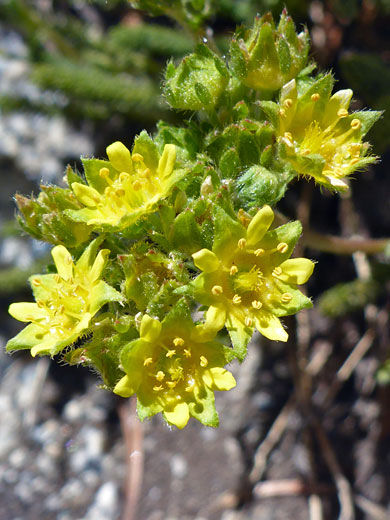 Ivesia pygmaea is endemic to the Sierra Nevada, California, occurring mainly towards the southern end of the range. Plants form low, dense, matted clusters, with upwards-pointing basal leaves, divided into up to 15 alternate pairs of leaflets, each further divided into between five and eight oblanceolate segments. There is also one stem leaf, about half way along, which is shorter and less divided. Stems and leaves have a covering of white hairs. Leaves are attached by stalks of up to one inch.

Flowers are arranged in a relatively open cluster, of between five and ten; they are attached by straight pedicels up to a third of an inch long. Flowers have five golden yellow petals, and five green, similar-length sepals. Each petal and sepal has a stamen at the base. At the center are between 10 and 30 pistils. Flowers are less than half an inch in diameter. 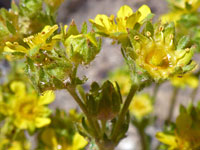 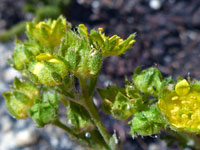 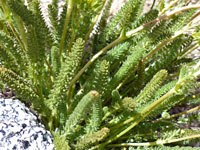 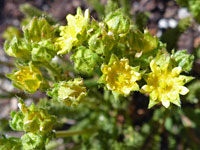