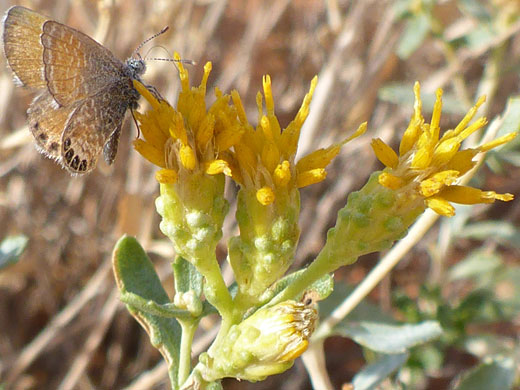 Flowerheads are in small clusters (usually four or five), attached by short, bracted stalks; they contain between 12 and 27 ray florets, their corollas around a quarter of an inch long. Phyllaries have a resin pocket at the tip; they occur in three to six series.

Least common of three varieties of isocoma acradenia is var bracteosa, found in salt flats in the deserts of southern California; this has spine-tipped phyllaries. The other two have rounded phyllary tips - var acradenia with entire leaves and var eremophila with toothed or pinnately lobed leaves. 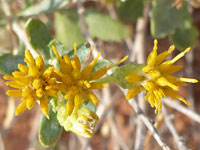 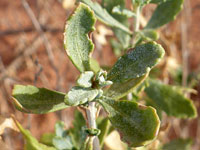 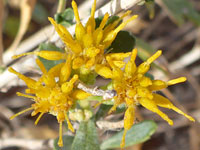