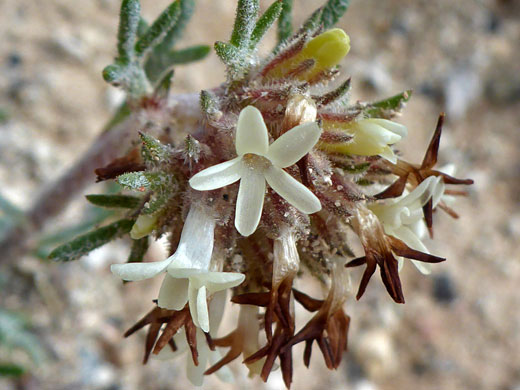 Ipomopsis spicata grows mainly across the Rocky Mountains, from northern New Mexico to Montana, and is also found in smaller adjacent areas, such as in South Dakota, and a few sites in southern Utah. The wide range and non-continuous distribution has resulted in variable characteristics, and six subspecies are recognized, one (ssp orchidacea, which has leaves divided into five or fewer lobes) with two varieties. The three rarest subspecies are ssp roburthii, found in the Absaroka Range, Wyoming, ssp capitata from the Collegiate Peaks, Colorado, and ssp tridactyla from the Markagunt Plateau (especially within Cedar Breaks National Monument) in Utah.

Stems may be erect or leaning, and are generally short, sometimes just a few inches. Stems, leaves and calyces are covered by woolly white hairs, usually glandular. Leaves are largest around the base, smaller along the stems. Flowers are colored pale yellow to white (withering to brown), with a tubular corolla and five narrow, oblong lobes, up to 0.3 inches long. The one pistil and five stamens are included to slightly exserted. Flowers are arranged in a bracted cluster at the top of the stem, either dense and spherical or more extended, with gaps between some of the flowers. 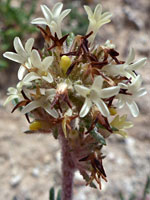 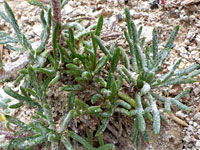 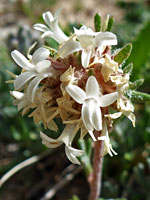 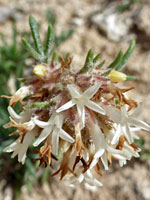 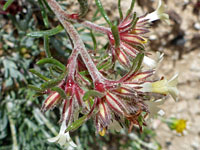