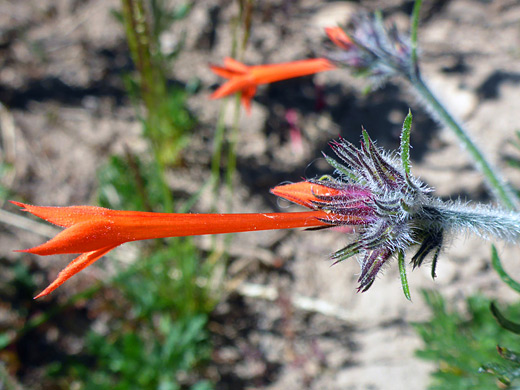 Skyrocket, or ipomopsis aggregata, is a common wildflower all across the West, found in a range of habitats including canyons, sagebrush plains, pinyon-juniper woodland, coniferous forests and open mountain slopes; seven subspecies are recognized, differing in such aspects as pollen color and the shape of the leaf tips. The trumpet-shaped flowers are especially long (around one inch) and thin, and the corolla opens out at the tip to five pointed lobes, forming a star shape when viewed end-on. Inside are a few red stamens and bright yellow anthers, projecting beyond the lobes. The inner surface of the petals often has a mottled yellow or white pattern. The flower is supported by five hairy, pointed, green bracts, each topped by a short spine. The outer surfaces of the bracts become purplish as the flower matures.

The tall, thin, unbranched stems are mostly leafless; foliage is concentrated around the base. In some locations the flower color varies, to include shades of pink, orange and (least common) yellow. The plant requires long-tongued species for pollination, such as hummingbirds. Ipomopsis arizonica is a very similar species; this has a shorter corolla tube, and stamens that do not project beyond the corolla lobes. 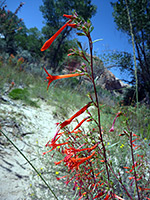 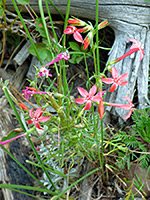 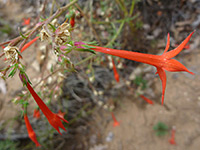 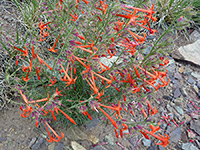 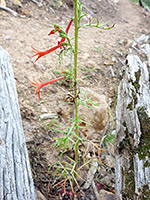 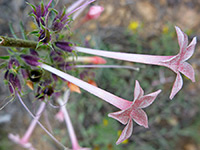 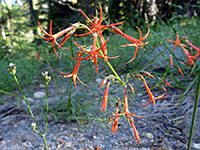 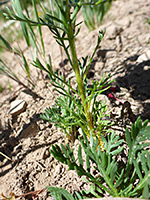 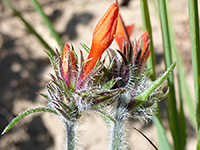 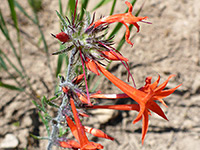 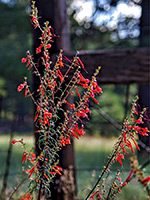 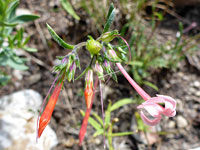 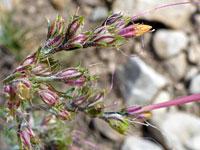 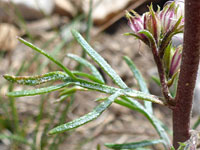