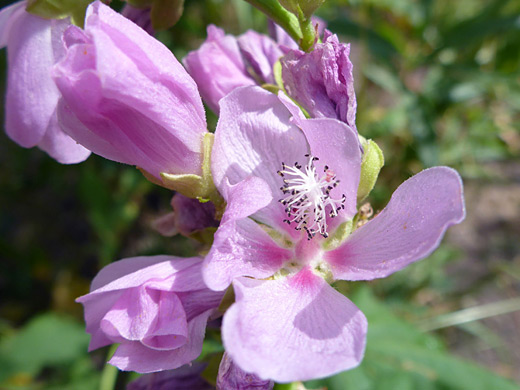 Iliamna rivularis is the most widespread of eight species of this US-only genus, though is still generally rare across most parts of its range; it is most common in Utah. Pants are tall, up to 6 feet, and the light green, grooved stems bear large leaves at quite closely-spaced intervals. Leaves are shallowly divided into three, five or seven lobes, which are lined by small, irregular, rounded teeth. Light green veins run towards the tip of each lobe. Leaves and stems usually have a sparse covering of star-shaped hairs.

Flowers are produced in a dense, elongated cluster at the top of the stems; they have five light green, blunt-tipped sepals and five clawed, obovate to rounded petals, colored purple to pale pink. Below the sepals are three narrow bracts, sometimes withered at flowering time. The flower center contains a column of fused, white stamen filaments, and styles topped by head-shaped stigmas. 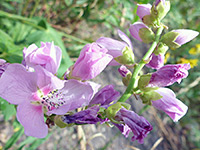 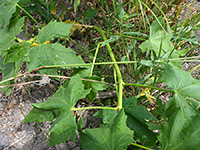 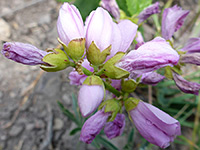