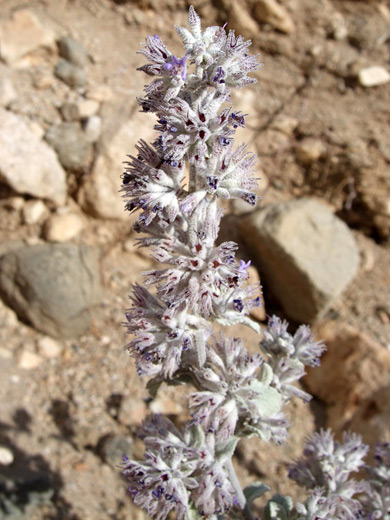 The most noticeable aspect of hyptis emoryi is the dense hair covering; stems, leaves, bracts and calyces are covered with thick, white, star-shaped hairs, making all seem dull grey in color, though under the hairs, the leaves are grey-green, the stems, bracts and calyces purplish. Plants inhabit arid regions in the Sonoran and southern Mojave deserts; the densest hair covering is found in the driest locations.

Flowers are produced as dense, whorled clusters along the upper section of the branched stems; individual blooms are formed of a calyx, extending into five sharp, narrow lobes, and a small purple flower, in which the corolla opens to two lips, the upper two-lobed, the lower three-lobed. Four lightly hairy stamens lie against the lower lip, and a purplish style extends a little way beyond the lobes, forked at the tip. The central lower lobe is bent backwards. Often only a few flowers are in bloom at any one time, so mostly only the spiky calyx lobes are visible. 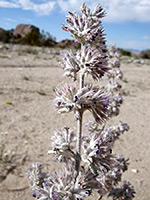 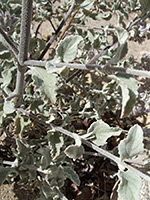 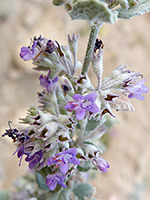 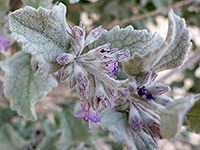 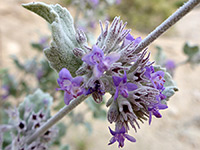