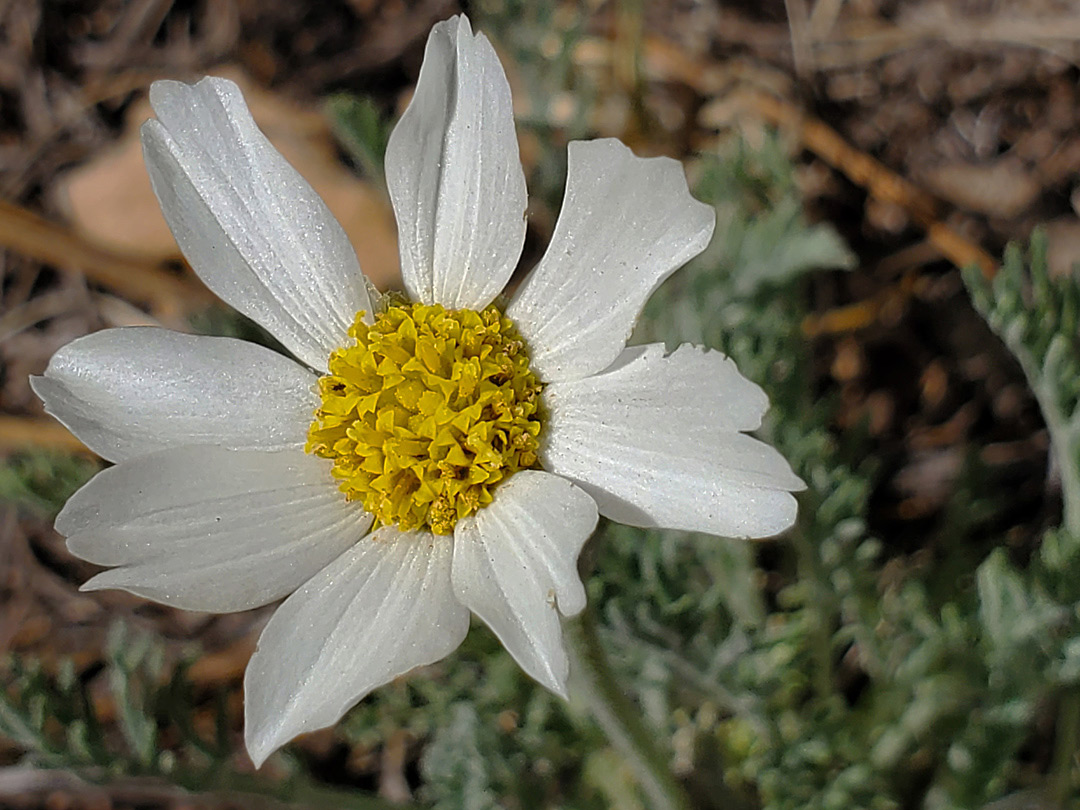 Newberry's hymenopappus (hymenopappus newberryi), Jemez Mountains, New Mexico
Stems of hymenopappus newberryi usually bear one, two or three leaves, otherwise, all leaves are at the base; they are long and narrow, twice divided into thread-like lobes, with a covering of tomentose hairs, more densely on the undersurfaces. Leaf axes have broad, lighter-coloured midveins.

Stems are topped by an open cluster of between three and eight flowerheads, which have eight ray florets, usually white, sometimes pale pink, a little less than an inch in length. At the center are up to 150 bright yellow disc florets. Phyllaries, in one series, are ovate, relatively broad, and covered in similar short, crisped, white hairs as on the stems and leaves. 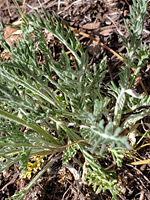 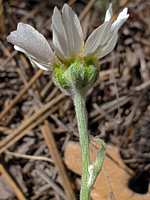 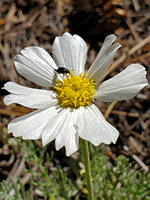 Beetle on a flowerhead 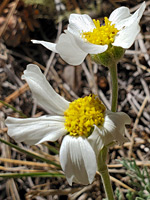