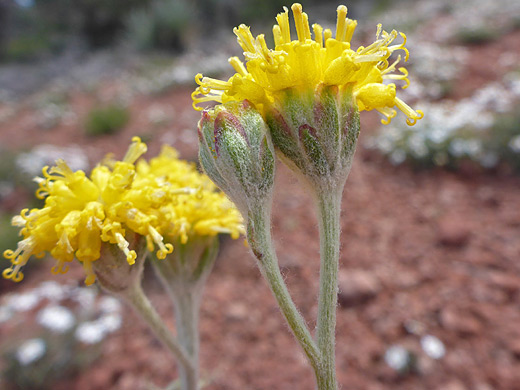 Hymenopappus filifolius is one of many asteraceae species that have only disc florets, no rays. Plants are found in all the Western states, concentrated in the Rocky Mountains, the Great Basin and the southern deserts; the diversity of habitats and locations results in wide a range of characteristics, and 13 varieties have been identified, differing in such aspects as hairiness of basal leaves, number of stem leaves, and dimensions of the various flower parts.

Plants are perennials, up to three feet tall, with leaves clustered around the base and at opposite intervals along the stems. Basal leaves are twice divided into linear, thread-like lobes, while stem leaves are less divided, and number between 0 and 12. Stems may be toped by a single flowerhead, or clusters of up to 60. Leaves, stems and phyllaries are usually covered by white tomentose hairs. Flowerheads contain between 10 and 80 disc florets, usually yellow, occasionally white. Phyllaries are green, often reddish along the upper margins. 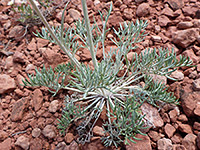 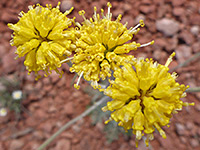 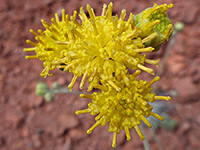 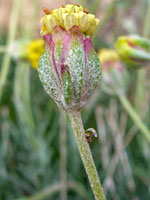 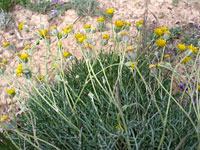 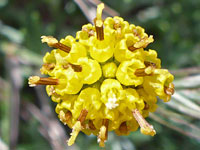