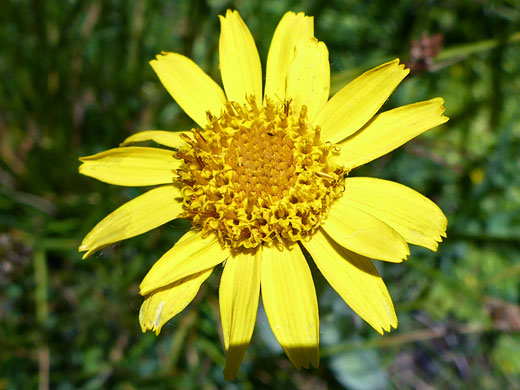 Hulsea vestita occurs mostly in the Sierra Nevada and other mountain ranges of southern California, with a few isolated locations in Nevada. Leaves are generally hairy but not glandular, and are concentrated at or near the base; the few stem leaves are much smaller. Hairs are woolly, moderate to densely covering the leaves and stems. Leaf margins may be entire, wavy, lobed or toothed.

Stems are topped by one flowerhead or (less often) two or three. Phyllaries are approximately equal in length, around a third of an inch, hairy, and pointed at the tip. They may be purplish, either just at the apex, or all over. Flowerheads contain between nine and 32 ray florets, yellow to orange. 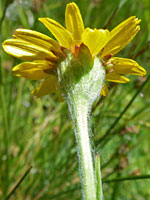 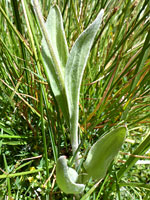 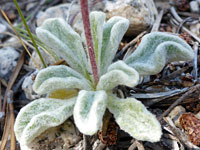 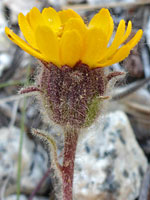 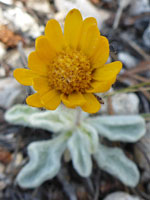 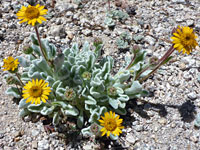