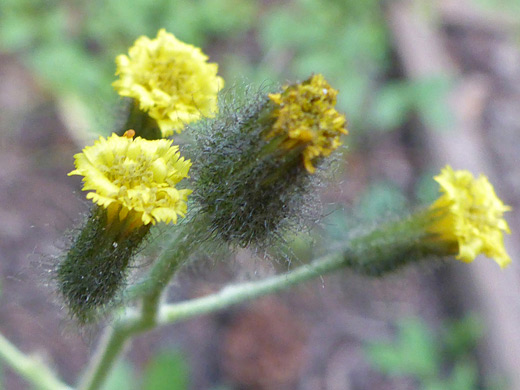 Flowerheads of hieracium triste are relatively inconspicuous since the notched yellow ray florets, which number from 20 to 60, tend to stay close together, not adopting the widely spreading form of some other hawkweeds. The involucre is narrowly bell-shaped, lined by 13 to 21 green, equal-length phyllaries which are partly obscured by a mixture of short, black, glandular hairs and longer, straggly white hairs - up to a third of an inch in length.

At the base of the involucre are between 5 and 8 much shorter bractlets, similarly hairy, and the hairs extend along the peduncles to the upper part of the stem. The lower portion of the stem is covered by shorter, softer hairs. Flowerheads are produced in open clusters, of between 2 and 8.

Leaves grow mostly at the base, typically numbering from 5 to 12; there may also be one or two stem leaves. Leaf length is about three times the width. Leaf edges are usually entire, the faces hairless, and the tips rounded. 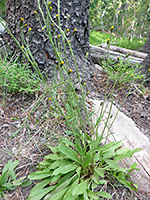 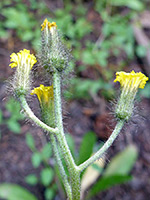 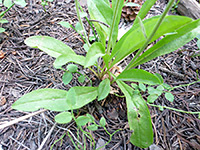 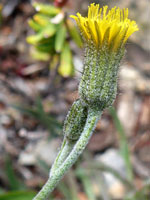 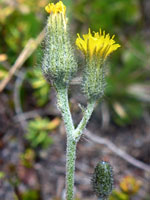