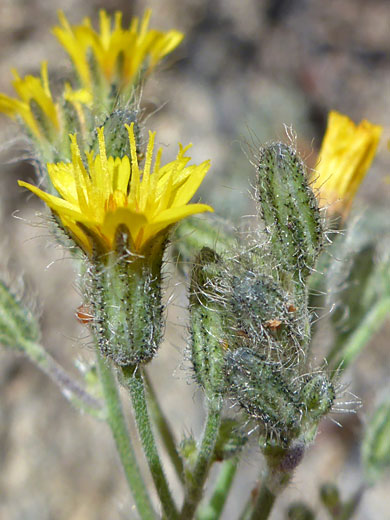 Identifying characteristics of hieracium horridum include the yellow florets, the hairy (on both faces) leaves, and the presence of long, white, non-glandular hairs on the phyllaries, in addition to short, prickly black hairs. This species inhabits mountainous areas in California, especially the Sierra Nevada, extending into Nevada in the vicinity of Lake Tahoe, together with a few locations in southern Oregon.

Leaves are found at the base and along the lower half of the stems, which are also hairy, the hairs becoming shorter towards the tip. Some or most of the hairs on the upper portion of the stems and the peduncles are star-shaped. Plants produce one to several stems, each topped by a branched cluster of up to 25 flowerheads, occasionally more. Involucres are narrowly cylindrical, and are lined by 12 to 15 phyllaries. Florets number from six to 12. 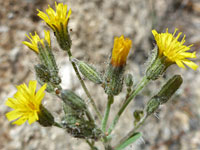 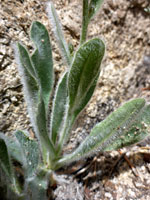 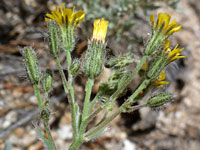