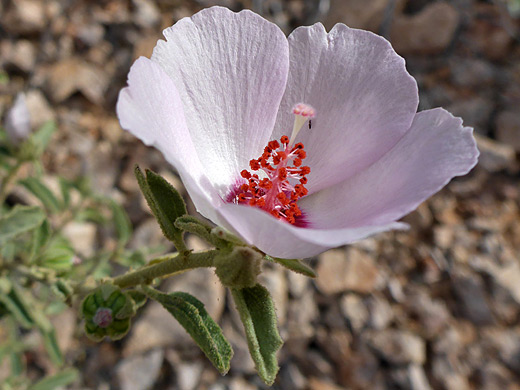 The large, showy flowers are produced singly from the tip of the stem and the upper leaf axils, held on short stalks. The green calyx at the base of the flowers has five lance-shaped lobes, which are much longer than the fused part. The broad, thin petals are up to one inch long, usually pale pink, less often lavender or nearly white, and they overlap for around half their width, sometimes resembling the petals of a rose. Petal bases are dark purple. The flower center contains a group of short stamens, which have slender pink filaments and pinkish red anthers, arranged around the lower half of the style. The style rises to about two thirds the height of the petals, and is topped by a lobed, pink stigma. Plants can bloom any time between late winter and early fall, but the peak time is in the spring. 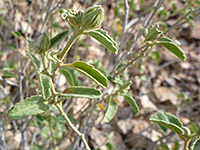 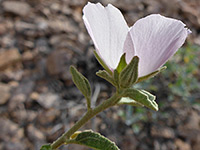 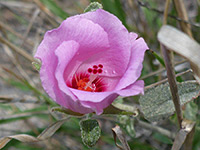 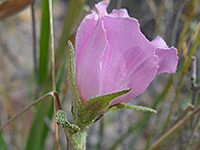 Side of a flower 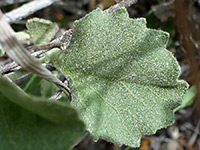 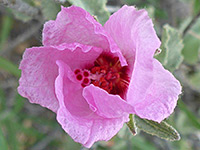 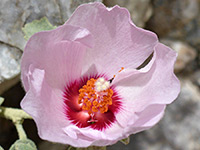 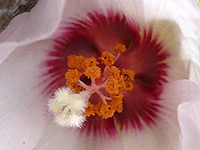 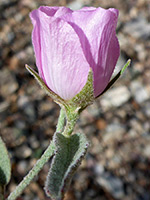 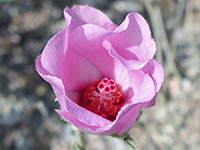 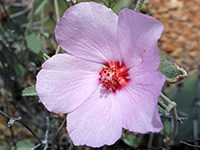 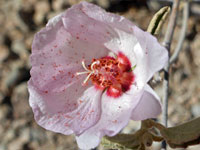 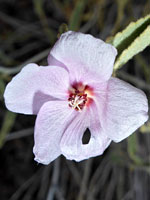