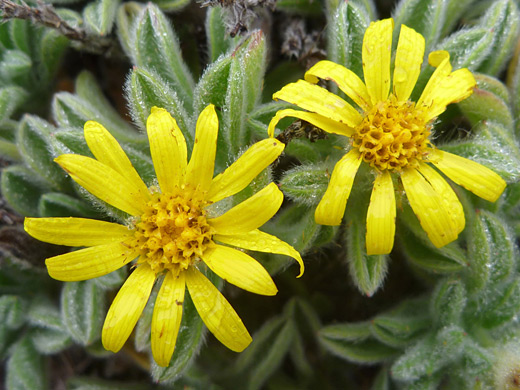 Heterotheca sessiliflora is a variable plant, with four subspecies, inhabiting a range of different environments. The genus name refers to the flowers, which form directly at the upper leaf node, without a recognizable stalk (sessile). Stems grow upwards or sideways, branch freely, and, like the leaves, have a covering of long, bristly, glandular hairs. Leaves also lack stalks, are densely hairy, and are often folded up along the axis.

Plants produce many flowerheads; these are formed of between 4 and 24 yellow ray florets, half an inch or less in length, and 20 to 50 yellow disc florets, the lobes of which have a thin hair covering. The narrow green phyllaries are in four to six rows, and they are also hairy.

The four subspecies (bolanderi, sessiliflora, echioides, fastigiata) are distinguished by leaf margins, stem hairiness, leaf shape and presence/absence of leafy bracts beneath the flowerhead. The first two are coastal subspecies, while the latter two are found inland, up to 7,000 feet elevation. 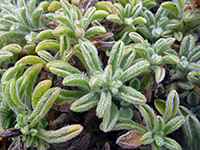 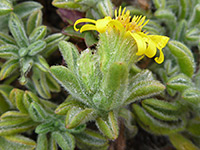 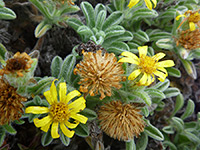