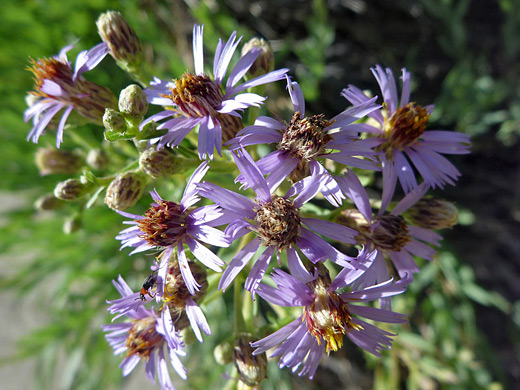 The common name of herrickia glauca, gray aster, refers to the color of the long, narrow leaves, which generally lack hairs, have entire margins, and taper to a sharp point. Plants can produce many flowerheads, over 100, usually in a loose corymbiform array; those lower down the stem have longer stalks, so all reach about the same height.

The involucre is bell-shaped, lined by 4 to 5 rows of phyllaries, which remain pressed tightly around the body. Those lower down are green, relatively broad and have rounded tips, while those at the top are purplish, narrower and pointed. Flowers usually have between 10 and 15 light purple or lavender ray florets, around a center of 12 to 32 disc florets, initially yellow, later red to purple.

The uncommon var pulchra of the Four Corners area has stalked glands on the stems and phyllaries, while the widespread var glauca is non-glandular. 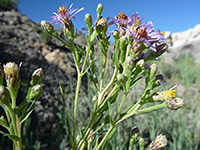 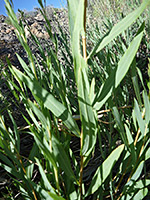 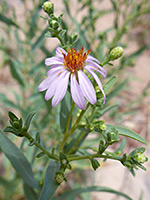 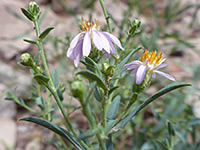 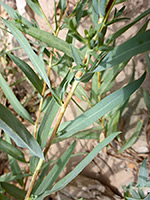 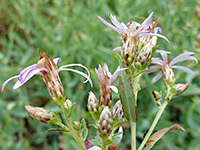 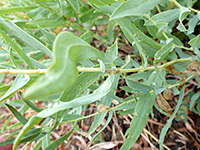 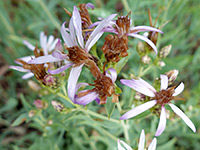