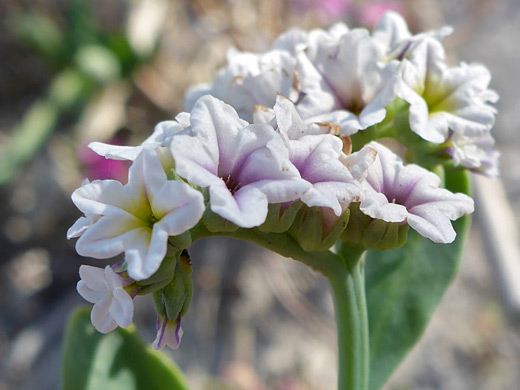 Heliotropium curassavicum inhabits alkaline or saline environments, generally close to water sources. Flowers are produced in a coiled cluster which lengthens and straightens as they mature; there are between two and four clusters per stem. Flowers have a bell-shaped, five-lobed corolla, mostly white but yellow-green or pale purple at the base, beneath which is a dull green, deeply five-lobed calyx. Stamens are included, held well below the top of the corolla.

Leaves are thick and fleshy, essentially stalkless, and like the flower stems, are grey-green or slightly bluish in color, and hairless. Leaf edges may be slightly undulating. Leaves grow all along the stems; those near the base are reduced in size. 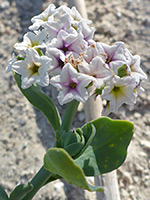 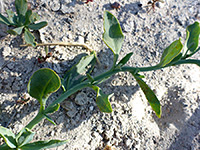 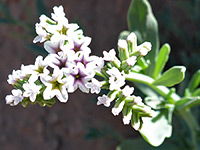 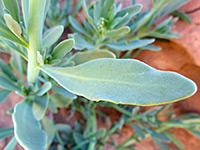 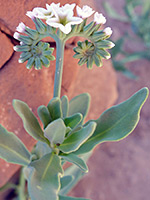 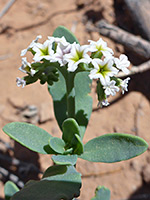 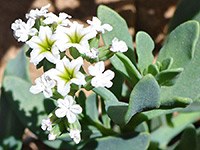 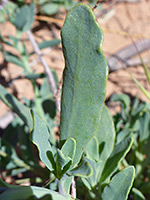