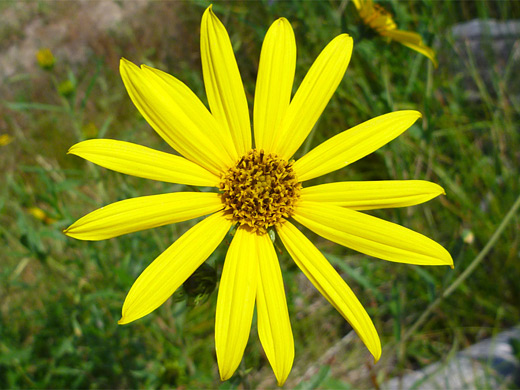 Heliomeris multiflora resembles many other yellow-flower species in the aster family; the leaves are perhaps the most distinctive aspect, being long and thin, lanceolate to linear, sometimes with a few small teeth along the edges. Leaves have a strong center vein and lesser side veins radiating towards the edges. White hairs line the lower part of the leaf margins, to around a quarter of the whole length. Stems are reddish, with faint linear markings, and a covering of short, downy hairs.

Flowers are about 2 inches in diameter, consisting of 5 to 14 ray florets around a center of 50 or more yellow-brown disc florets that becomes domed as they mature, producing thin stamens. Underneath is a ring of pointed, relatively broad phyllaries, radiating outwards. The ray petals have a small notch at the tip, and faint lengthwise grooves.

There are three varieties: the uncommon var brevifolia has leaves more ovate in shape, with rounded tips, arranged alternately, while the other two have leaves more lanceolate in shape, with pointed tips, arranged oppositely; both are widespread. Var nevadensis is characterized by very narrow leaves (less than a quarter of an inch across), usually with wavy margins, while var multiflora has leaves nearly one inch wide, with flat margins. 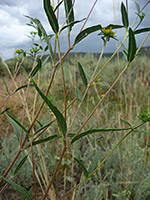 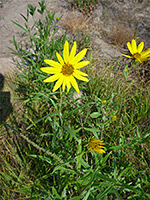 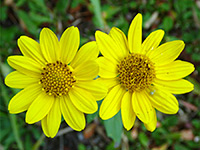 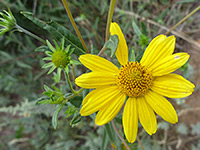 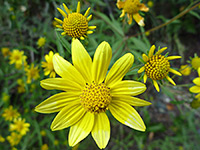 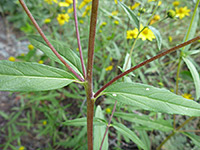 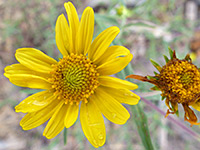 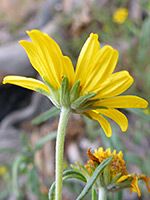 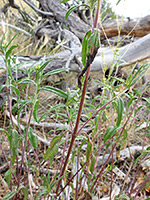 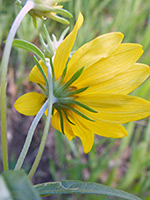 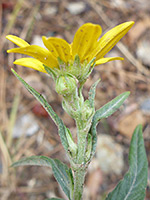 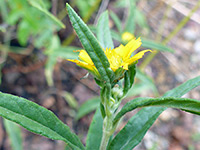 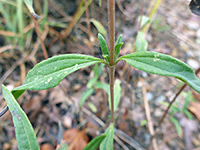 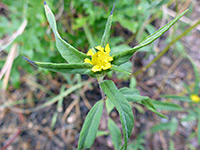