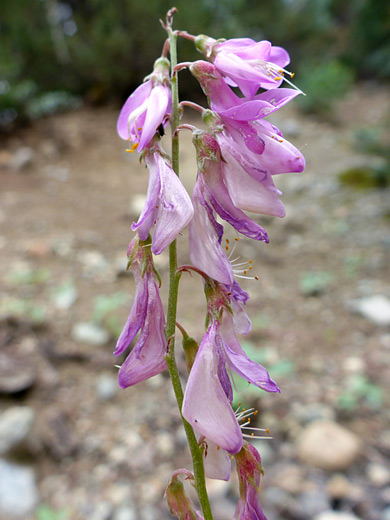 Hedysarum occidentale is a relatively large species, usually between 2 and 3 feet tall, inhabiting mountainous areas at medium to high elevations. Stems and leaves have a sparse covering of very short, bristly hairs. Leaves are odd-pinnate, with up to ten pairs of lateral leaflets. Leaflets terminate in a tiny spike, and they have a grooved midvein and regular, parallel side veins.

The inflorescence is an elongated cluster, several inches in length. Flowers are pendent; they have a short, reddish, strigose calyx with five triangular lobes, unequal in size, and five pink to purple petals (occasionally all-white). The calyx lobes are shorter than the tube. The banner and keel petals are the largest, and the latter is strongly bent underneath. The fruit is flattened green pod (a loment) formed of between one and four ovate segments, covered by an irregular pattern of veins, and lined by a thin, lighter-colored margin. The surfaces of the pod are slightly hairy. 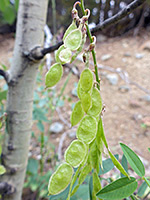 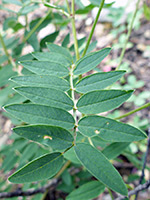