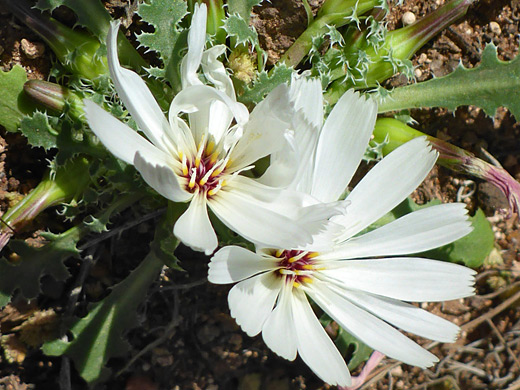 Glyptopleura setulosa, one of only two species in this genus, is a distinctive plant with large white (or pale yellow) flowerheads, reddish at the center, above lobed leaves whose edges are lined with short, thick white spines. Leaves grow mostly at the base, but also along the short stems, which are generally prostrate, growing close to the ground.

The involucre us subtended by between 7 and 12 phyllaries, in two rows; those in the outer row are narrow, approximately linear, but extended at the tip and also lined with the white spines. The flowerhead consists of between 7 and 14 ligulate florets, up to one inch in length and oblanceolate in shape, with five shallow lobes at the tip. Flowerheads darken in color as they start to wither. 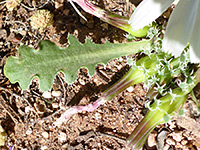 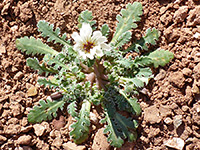