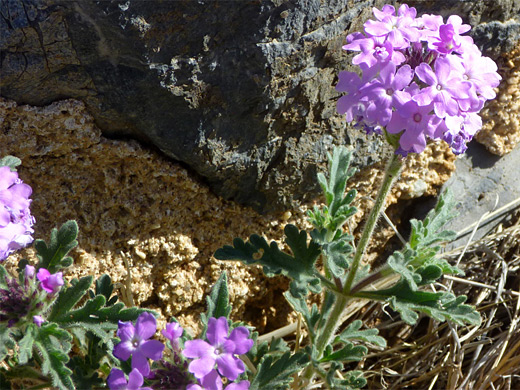 The bilaterally symmetric, pale purple/pink flowers of glandularia bipinnatifida have five lobes arranged around a whitish center, resembling some phlox species, but occur as a rounded cluster at the top of quite a tall stalk, up to 18 inches high, though in some areas the plant stays rather closer to the ground. The tip of each lobe has a notch in the center; underneath are five sepals. Leaves and stalk are covered by relatively prominent, whitish hairs, as are the reddish bracts that subtend the flower cluster. Flowers have a long season, as the plant produces new blooms continuously during spring and summer. 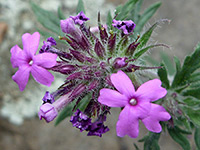 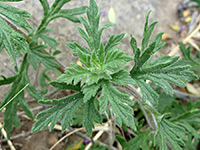 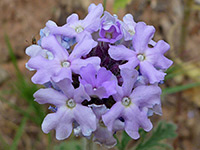 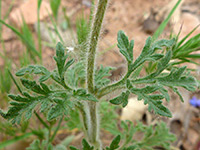